Julie Foy is an English actress, director and producer. Her most recent work includes ‘The Silent Child’ which received critical acclaim and won the Academy Award for Best Live Action Short Film.

Whilst still at school, she made her television debut in Jossy’s Giants playing Tracie Gaunt in both series and continued to work in TV on such varied projects as How To Be Cool, Dramarama, Forever Young, Missing Persons, Dawn and the Candidate and Casualty, she also worked with the great David Hare on his film Strapless.

Julie created the original role of Gina Seddon, Sally’s sister in Coronation Street, which she is extremely proud of.

Julie trained at Salford College of Performing Arts, and started her stage career at the Octagon Theatre Bolton, playing Carol in ‘Our Day Out’ and continued treading the boards in ‘When we are Married’ as Ruby and Marigold and Washer Woman in Toad of Toad Hall, both at the prestigious Birmingham Repertory Theatre, Jo in ‘A Taste of Honey’ at York Theatre Royal and has also enjoyed working in many other Theatres including Harrogate Theatre twice and in London she has worked at The Soho theatre, Leicester Square Theatre, Battersea Arts Centre, The Kings Head, The Arcola and Rich Mix theatre, amongst others.

Julie is preparing to be back on set next month, with new guidelines, rules, PPE and hoping to embrace all these extraordinary challenges that this uncertain time in our history has sent to all of us, with integrity, humour, kindness, graciousness and of course hope.

Julie is incredibly proud to become a Patron of the Endeavour Project, a true Bolton charity working immensely hard for everyone affected by domestic abuse regardless of gender, race or social background.

Michelle has been a reporter at Hits Radio previously KEY103 since 2005 and has been a journalist for the past 20 years.

As Chief Reporter she was used to being called to report on hard hitting subjects including murders and although always difficult it was part of the job. When she got the call that Clare Wood had been murdered in February 2009 she went out to follow and report on the case. Clare was 36 and was murdered then set on fire by her previous partner George Appleton. He was dubbed the “Facebook Fugitive” who went on the run before hanging himself.

Clare was a Mum and had met Appleton on Facebook; she was unaware of his violent past including harassment, threats and the kidnapping at knife point of one of his ex-girlfriends. Clare was unable to get this information due to data protection. 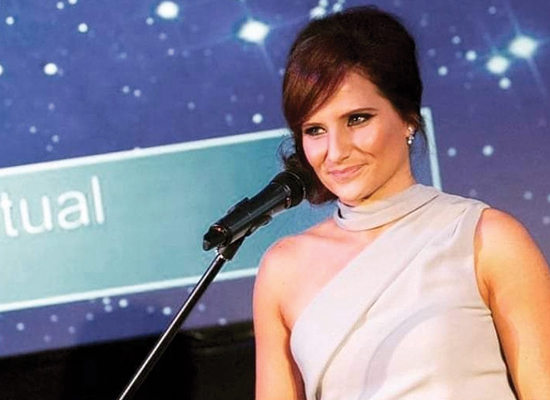 Following the inquest two years later, Michael Brown, Clare’s Father, asked Michelle if she would help him launch a campaign in Clare’s name after he learned during the inquest of Appleton’s history of violence.

Michelle readily agreed and interviewed domestic abuse charities as well as the Association of Chief Police Officers who said there were 25,000 serial perpetrators that they knew of who had abused two or more partners in the space of three years.

With Michael, Michelle set up a petition which was delivered to Downing Street with thousands of names on it all supporting and calling for a change in the law.

Following a meeting with the Home Secretary in September 2012, Clare’s Law (Domestic Violence Disclosure Scheme) was launched as a pilot scheme across four areas of England and Wales.

For the first time, women would be able to access information from the police about their partner’s history therefore being able to make an informed choice about their future.

On International Women’s Day 2014 Clare’s Law was rolled out across England and Wales. In the first 10 months of Clare’s Law being rolled at least 1,335 disclosures were made – that equates to five women or men a day being told that their partner has a violent past.

Clare’s Law has subsequently been introduced in Scotland and also Canada. Clare’s Law will be cemented into law as part of the Domestic Abuse Bill 2020.

Michelle has been awarded Sony IRN, 02 Media and Arquiva award for campaigning journalism and also a Road Safety media award from the charity ‘Brake’.

Multi award-winning Dave Spikey is one of the most sought-after comedy talents in the UK today.  With a career spanning two decades, he has numerous TV appearances to his name as a stand-up comedian, presenter and actor – and behind the screens, as an acclaimed comedy writer.

Dave’s journey into this business we call show began in 1990.  After winning the ‘North West Comedian of the Year’ Award, he became a regular on the club circuit and once famously supported Jack Dee, Max Boyce, Cannon & Ball and Eddie Izzard all in the space of one week.  Early in his career he followed in the footsteps of Jeremy Beadle and Ted Robbins presenting ITV’s legendary game show Chain Letters , whilst continuing to hold down his day job as Chief Biomedical Scientist in Haematology at the Royal Bolton Hospital! 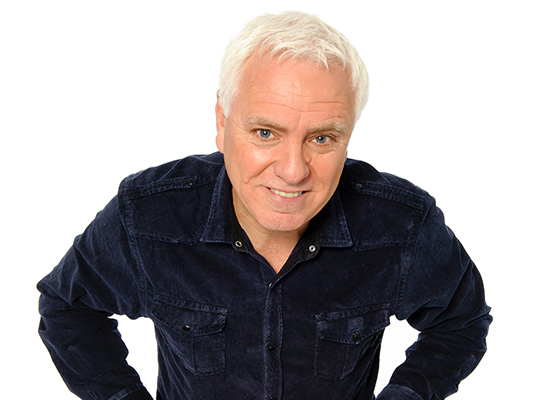 In 1996, TV comedy history was made when Dave met fellow Boltonian Peter Kay.  Sharing a similar style and approach to comedy and writing, they went on to form a formidable partnership; collaborating on Mad for the A6; a Granada special, and then on The Services for Ch 4’s Comedy Lab.  Shortly after they co-wrote with Neil Fitzmaurice, Ch 4’s hit series That Peter Kay Thing, which was awarded ‘Best New TV Comedy’ at the prestigious British Comedy Awards in 2000.

Inspired by this success Dave finally took the plunge and gave up the day job.  Within twelve months he’d fulfilled his dream of co-writing with the same team and co-starring in a hit television series – Ch 4’s critically acclaimed and now iconic Phoenix Nights.  Together they wrote and starred in two series of the cult TV show with Dave playing ‘the compere without compare’, Jerry St Clair.

A modern comedy masterpiece, and recognised as one of the greatest sitcoms of current times, Phoenix Nights broadcast in the same year as The Office, and sparked a north-south divide not witnessed since the Blur v Oasis rivalry in the 90’s; culminating with the 2002 British Comedy Awards when the two classic sitcoms went head to head.

Despite an increasingly busy schedule, Dave actively supports a number of worthy charities and we are delighted to have him as our Patron. Dave took on Pointless celebrities and won with us as his benefitting charity. A devout vegetarian and animal lover, as well as providing a sanctuary at his home to all manner of rescue animals over the years.

But Dave’s first love will always be stand up comedy. He tours constantly with a new show every couple of Years.

Michael Brown sadly died aged 76 on 18thJuly 2020, however he will remain as our enduring Patron in honour of his tenacity and continued fight to project those affected by domestic abuse.

Michael was a powerhouse; no one who heard him speak could fail to be moved by the passion and drive he brought to his campaigning.

Driven by the appalling loss of his daughter Clare, Michael had the determination that everyone had the right to know about the violent past of a partner. After the best part of a decade Clare’s Law will finally become enshrined into law as part of the Domestic Abuse Bill currently going through parliament.

There is no doubt Clare’s Law saves lives. We and agencies like ours speak to people about disclosures every single day and offer the support they need to escape an abusive situation. 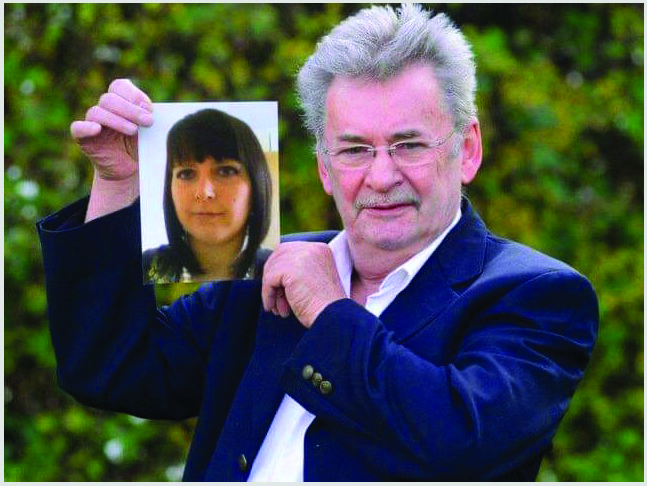 After lobbying politicians and the media, Mr Brown said he was quietly delighted about Clare’s Law, or the Domestic Violence Disclosure Scheme (DVDS) coming into force in England and Wales in March 2014.

The scheme enables victims and potential victims to obtain information about a partner’s previous conviction, enabling them to make an informed decision as to whether to remain in the relationship.

Michael was exceptional and will be sorely missed by many. HIs legacy has saved hundreds and will save thousands more.

Can you support Endeavour?

Want to get involved?

There are so many ways you can help Endeavour. If you are interested and wish to speak directly to us, we would be very pleased to hear form you.

Alternatively, fill out this contact form and we’ll get in touch with you.

Community Domestic Abuse Support ensuring that No One Gets Left Behind

Endeavour is the working title for Paws for Kids. Paws for Kids is a Company Limited by Guarantee No: 4070391 - Registered Charity No: 1084861